Online sports betting is finally legal in the Hawkeye State. Find the right sportsbook for your betting needs here. 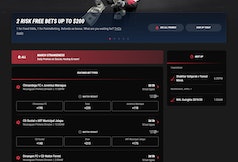 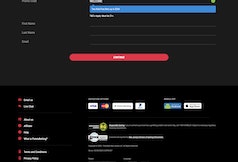 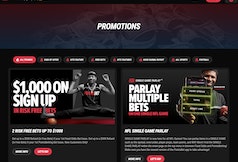 Pointsbet is an Australian company, that launched in the US in 2019. The sportsbook places a heavy emphasis on point spread betting, a unique form of betting where you are rewarded, or docked points, according to how wrong or right a bet was. 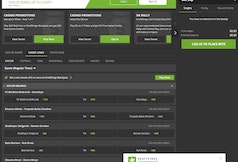 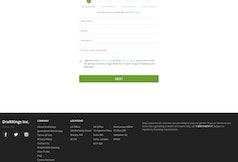 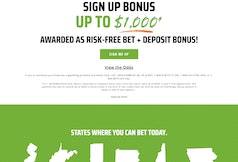 Matched Free Bets up to $1,001
Claim Go to website 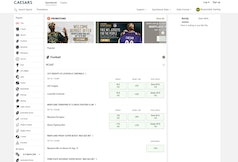 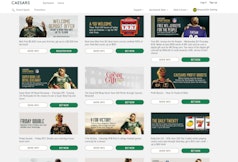 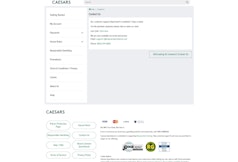 The company began its storied and glamorous existence under the bright lights of Las Vegas launching its online sportsbook in 2018.

In 2021, Caesars Entertainment bought William Hill, a move that sent shockwaves through the sports betting world. The British bookmaker is arguably the strongest betting brand globally and boasted a burgeoning sportsbook product in the US. However, initial scepticism over how Caesars' acquisition of such a mega-brand would play out has been resolutely quashed after the merger produced a superior product that appears to have benefited both parties.

This new-look Caesars Sportsbook has catapulted the company up our rankings. Previously it had only been active in two states and appeared to be struggling to compete with other big names such as FanDuel, DraftKings, but now the sportsbook has grown significantly in size and stature.

For a state of only 3.1 million people, Iowa has moved incredibly fast in legalising sports betting in the state.

Iowa offers sportsbooks a particularly low tax rate of 6.75% and $45,000 license fee compared to other states like Pennsylvania.

The Hawkeye state also has a large number of 'bricks and mortar' sportsbooks already up and running in the state.

All of these factors combine to create an incredibly attractive proposition for US-based sportsbooks.

In late 2021, you can expect to see a continuous flow of online sportsbooks arriving in the state.

The only drawback is that you will have to sign-up in person, but this rule will expire on January 1st 2021.

BETTING IN IA - WHAT YOU CAN AND CAN'T DO

BETTING IN IA: THE RULES

Yes. Sports betting is now legal in all forms in Iowa. If you want to bet on sports online you will still need to sign-up in person.

There are currently two sportsbooks up and running online in the state: PointsBet and Caesars Sportsbooks.

📱 Is mobile betting legal in Iowa?

Yes. As of October 2019, mobile wagering is legal in the state of Iowa. The two sportsbooks that currently offer mobile betting are PointsBet and Caesars Sportsbooks.

🚶 In Iowa do I need to register in-person for a sportsbook?

🚫 At what age can you bet on sports in Iowa?

You have to be 21 years old and don't try and cheat the system!

🥇 What is the best sportsbook in Iowa

This depends on what you want. At bettingscanner.com we are very focused on online sports betting, so until all of the online and mobile sportsbooks are up and running, we can't really pick our favorite sportsbook.

In terms of a physical sportsbook then we think Caesars Sportsbook is probably the largest and most established sportsbook in the state.

Yes. If you are betting with an Iowa licenced sportsbook, you will need to bet within the state borders.

Your sportsbook will be able to geo-locate you using via your IP address.

PointsBet, the second online sportsbook to launch in the state, requires that you download the GeoGuard Location Validator app so that they can check that you are not using a VPN.

Iowa is the eleventh state to legalize sports betting in the US after the nationwide ban was overturned in 2018. Legalising online sports betting is one thing, but Iowa has gone the extra mile and created an attractive environment for sportsbooks arriving in the state.

The tax rate at 6.75% is relatively low, the license fee is very low and the processing time is quick. This means that they will have a competitive advantage over states that have restrictive fees or legislation in place.

PointsBet has taken the Midwest by storm, setting up shop in Illinois, Indiana and Iowa. The Australian sportsbooks have invested heavily in its products for each respective, and it shows! The PointsBet app is a polished product which offers an excellent selection of odds and bets as well as its tried and tested unique point betting service.

As it stands sportsbooks are legally required to partner with an existing gambling establishment if they want to receive a sports betting license of their own.

There are currently nineteen registered operators. These operators are allowed to partner with two sportsbooks. This means that, as it stands, the state of Iowa can host 38 sportsbooks.

online and mobile wagering in Iowa

The only restriction at the moment is that you are not allowed to sign-up to a sportsbook online.

So, you will still need to sign-up at a sportsbook in person. This should be easy if you are in Des Moines or Cexer Rapids, but frustrating if you live further out. This legislation will expire in Jan 2021.

It's a frustrating situation. The Iowa Racing and Gaming Commission has created an incredibly attractive sports betting environment, with low taxes and fees. Sportsbooks flooded over the state borders, partnering with the existing Iowan casinos. Everything seemed to be going well.

Then it was announced that signing-up to a sportsbook would have to be done in person. This rule has definitely stunted the industry. The good news is that in Jan 2021 this rule will be abolished and the state should be able to realize its full potential.