In April 2021 the state of Arizona finally legalized sports betting after two years of wrangling in the House and Senate over the proposed bills.

The decision may have taken a while, but the final bill that was approved has paved the way for an aggressive fast-track process with the first sportsbooks expected to go live in September 2021.

The new laws will allow 20 online sportsbooks to operate in the state.

BETTING IN AZ - WHAT YOU CAN AND CAN'T DO

Here are your most commonly asked questions regarding online sports betting in Arizona.

Yes. As of April 2021, sports betting is legal in the state of Arizona.

The first online sportsbooks will go live in September 2021 in time for the start of the NFL season.

❓ Are there any sportsbooks in Arizona?

There are now a number of approved online sportsbooks in the state of Arizona.

However, they will go launch their products in the fall of 2021.

🤔 How can I bet on sports in Arizona?

You will have to wait until the fall of 2021. The state is in the final stages of legalizing sports betting.

⏱️ When will online sports betting be legal in Arizona?

Sports betting is legal in the state of Arizona as of April 2021.

The first legal sportsbooks will go live in the fall of 2021.

As of April 2021, sports betting is legal in the state of Arizona.

Most major US online sportsbooks have applied for a license, with the notable exception of BetMGM.

It is expected that the online sportsbooks that have been approved will launch at the beginning of the NFL season in September 2021.

Online Sportsbooks are required to partner with an existing tribal casino or a sports franchise in order to obtain a license.

The following sportsbooks have been approved a license:

The team at BettingScanner will update this page when sportsbooks go live in the fall of 2021.

Sports Betting in Arizona: The legal situation in short 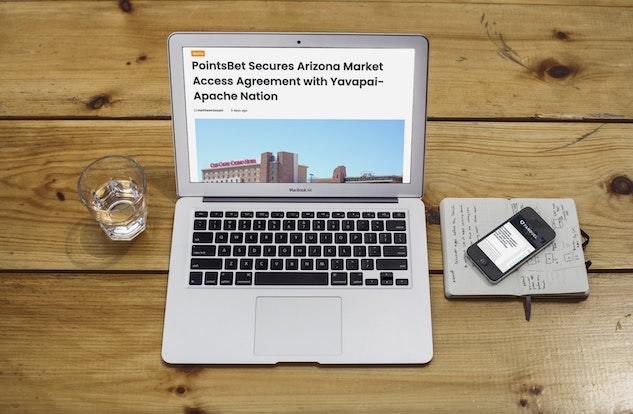 The Grand Canyon State is well represented when it comes to professional sports teams.

The most popular sport in the state is pro football. The most popular team is the Arizona Cardinals who play in the NFL and are based in Phoenix. The team have never won the Super Bowl but in the pre-Super Bowl era they picked up two Championship titles. They have made a total of 11 playoff appearances.

The Arizona Diamondbacks are a MLB team based in Phoenix. They were founded in 1998 as an expansion team and won the World Series after only four seasons. Caesars Sportsbook has announced that they will partner with the Diamondbacks.

The Phoenix Suns are an NBA team based in Phoenix. They have made it two NBA finals, losing both. Fanduel has announced that they will partner with the Suns

The Arizona Coyotes are an NHL team based in Glendale.

The Phoenix Mercury currently play in the Western Conference of the WNBA.

The Phoneix Raceway is located in Avondale, Arizona and hosts two NASCAR race weekends annually. The raceway has also hosted the CART, IndyCar Series, USAC and the WeatherTech SportsCar Championship.