The land of 10,000 lakes has begun the long process of legalizing sports betting in the state but an agreement with the tribal casinos still has to be reached before a bill can go to a vote.

Minnesota is currently locked in a legislative deadlock when it comes to the issue of legalizing sports betting.

The House began the process of back in April 2018 around the time that the US senate removed the federal ban on sports betting. However, since then the original bill and subsequent amendments have not been approved by the tribal casinos who fear they would loose business to outside actors.

Betting in MN - what you can and can't do

Here are your most commonly asked questions when it comes to sports betting in Minnesota.

Not yet. The House has attempted to pass a bill that would allow sports betting in the state since 2018, but tribal casinos have opposed this bill. We expect there will be a bill agreed by 2021.

🤔 Are there any sportsbooks in Minnesota?

Not yet. There are not legal sportsbooks in the state of Minnesota. This may change with the new legislative session in 2021, but until then you will need to travel south and place a bet at one Iowa's sportsbooks.

⌛ When will online sports betting be legal in Minnesota?

The legislative session has now closed in 2020 without an agreement between the House and the Tribal casinos. We expect that with the lost revenue during 2020, it will be in both parties interests to pass a bill that allows mobile wagering in 2021.

❓ How can I bet on sports in Minnesota?

You cannot currently bet on sports in the state of Minnesota.

Your best bet (excuse the pun) is to travel south of the border and sign-up to one of Iowa's sportsbooks.

Things have gone a bit stale when it comes to Minnesota's sports betting bill. The state had looked keen to be one of the first to offer online sports betting when a bill was proposed in 2018, but since then wrangling over the details have resulted in both 2019 and 2020 legislative sessions passing by without any progress.

The main issue is how the state can ensure that tribal casinos will not lose revenue to new mobile sportsbooks.

In the 2020 session Sen. Roger Chamberlain introduced an amendment that would require in-person registration; thus ensuring that each customer enter a bricks and mortar establishment before betting online.

The bill was not approved by any of the 11 Indian tribes in the 2020 session. It looks like we will have to wait until 2021 before SF1894 is able to progress.

Sports Betting in Minnesota: The situation in short 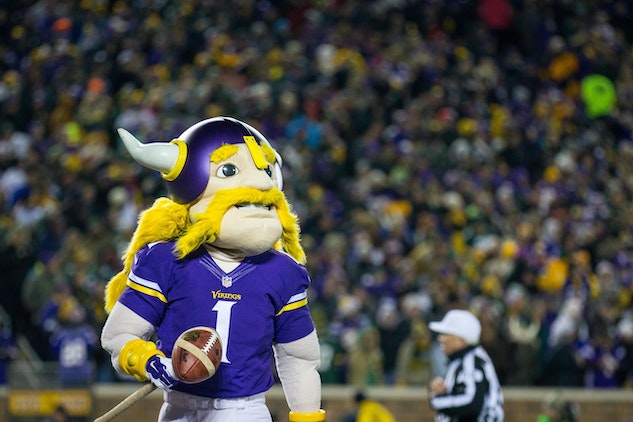 The State of Minnesota is home five pro sports teams. This is incredibly impressive considering the state only has a population of 5.6 million people.

The Minnesota Vikings are an NFL team that play at the U.S. Bank Stadium in Minneapolis. The Viking are arguably the most successful team in the NFL never to have won the Super Bowl. They enjoy a huge fan base not just in Minnesota but also in surrounding states such as North Dakota and South Dakota.

The Minnesota Twins are an MLB team that play at Target Field in Minneapolis. The Twins have picked up three World Series titles in 24, 87 and 91.

The Minnesota Timberwolves are an NBA that play at the Target Center in Minneapolis. They were only founded in 1989 and have only one division title to their name form 2004.

The Minnesota Wild is an NHL team that plays at the Xcel Energy Center in St.Paul. The Wild are a relatively new team, founded in 1997 and playing their first season in 2000-01. They won their first and only Division Championship in 2007-8.

Minnesota United FC are an MLS team that play the Allianz Field in Saint Paul. They were only founded in 2015. In 2019 they reached the first round of the playoffs and were runner-up in the US Open Cup.