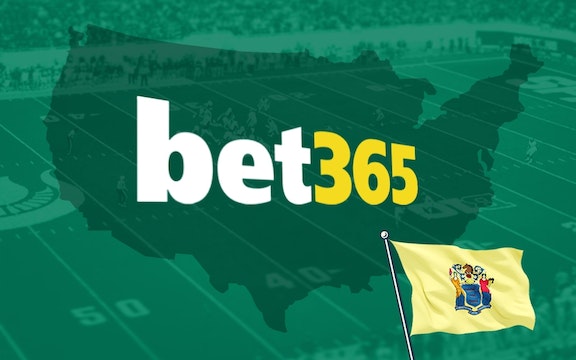 Bet365 has finally reached US shores and is now fully operational in the state of New Jersey.

The sportsbook, Bet365 has finally obtained its license from the New Jersey Division of Gaming Enforcement. Bet365 also signed a contract with the Hard Rock Hotel & Casino Atlantic City as part of their licensing agreement.

Bet365 was founded in 2000 by siblings Denise and John Coates in Stoke-on-Trent in northern England. Twenty years later it enjoys a revenue of almost three billion dollars, employs over 4,000 people and operates in multiple markets across Europe and Asia.

Until now US customers have not been able to use Bet365 legally. Now, residents of New Jersey are the first in the country to enjoy the services of one of the world’s most trusted sportsbooks.

One way in which the sportsbook has built its brand is its commitment to offering secure payment methods. In New Jersey they offer Skrill, Visa, MasterCard and PayNearMe for deposits and withdrawals.

Bet365 is well known for its sponsorship of professional sports teams around the world. In the US they have already become the MLB’s largest official gaming operator. Joining forces with such a large organization has further cemented its reputation as credible and shows that the sportsbook means business in the US.

How to set up a legal Bet365 account in New Jersey

Signing up for a Bet365 account is a safe, secure and easy process.

The first thing you need to make sure is that you are either in New Jersey or you will be in New Jersey when you wish to place a wager.

You can sign-up to Bet365 anywhere in the US, but you must be within New Jersey state lines to place a wager.

Do NOT use a VPN, to get around this. Using a VPN is illegal and if you are found out you could lose your money.

Yes. Bet365 is safe to use in the US. The sportsbook is a trustworthy global brand with thousands of customers worldwide. The sportsbooks is also an official sponsor of the MLB.

However, to legally wager with Bet365 in the US, you must be located in a state where sports betting is legal. These include:

Yes. Bet365 is fully licensed in the state of New Jersey. However, you must be within state borders to download the sportsbook app.

Here you can read a full review of Bet365 NJ.

Can you trust Bet365 sportsbook?

Yes. Bet365 was founded in the UK twenty years ago and has since grown into one of the biggest brands worldwide.

If you are located in NJ, then we recommend you sign up here to collect the generous Bet365 NJ welcome bonus.